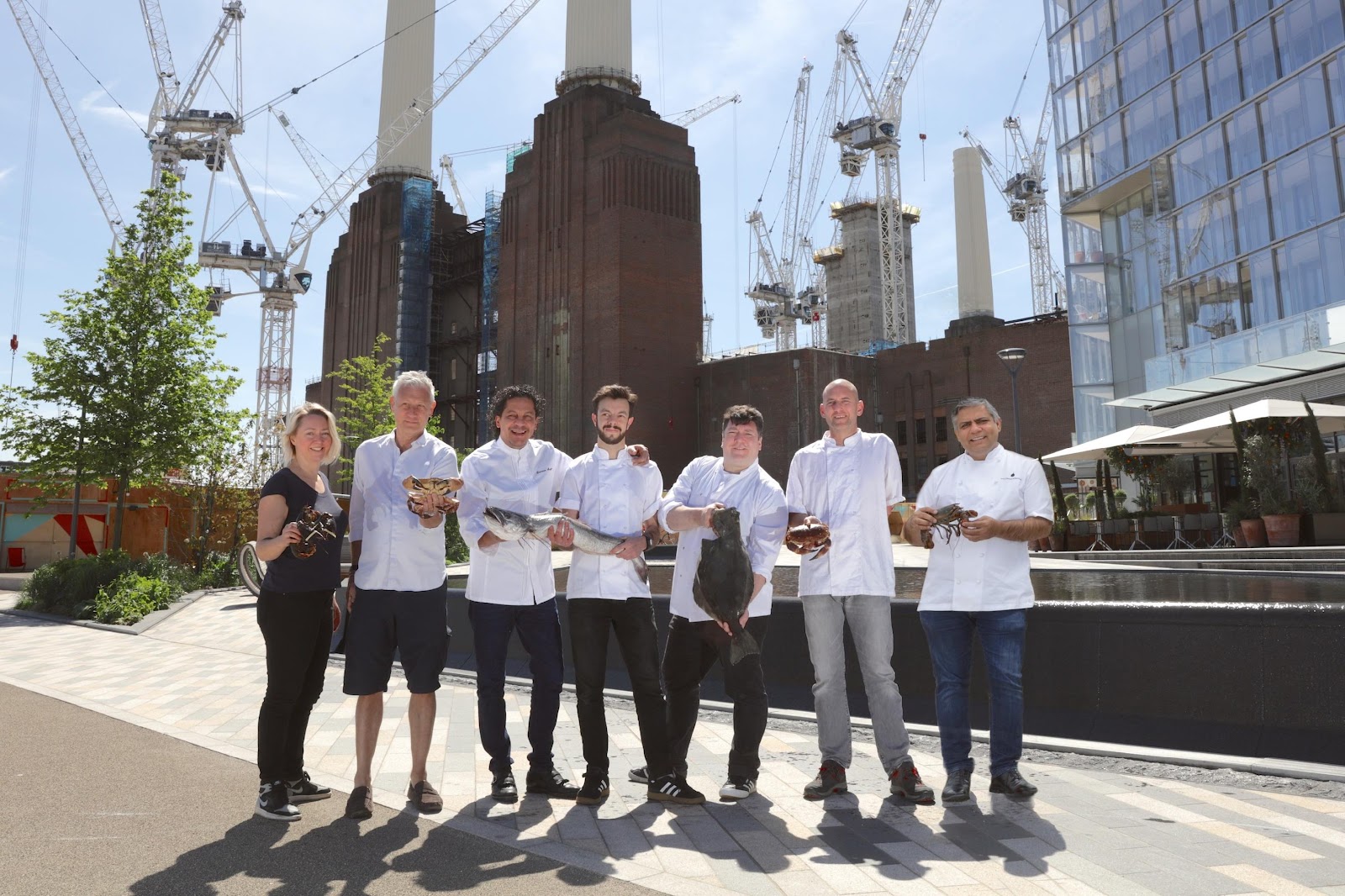 A host of world famous chefs will be lending their magic touch to the London Seafood Festival at Battersea Power Station this summer, with all the family able to enjoy chef masterclasses, exclusive dishes, a crayfish boil, an oyster masterclass and a selection of pop-ups serving a range of delicious dishes.

The five-day festival, which takes place on the banks of the River Thames from Wednesday 20 to Sunday 24 June, will also have a variety of maritime themed cinema screenings for kids and adults alike. Children will also be able to enjoy face painting, a giant bubble maker and much more. 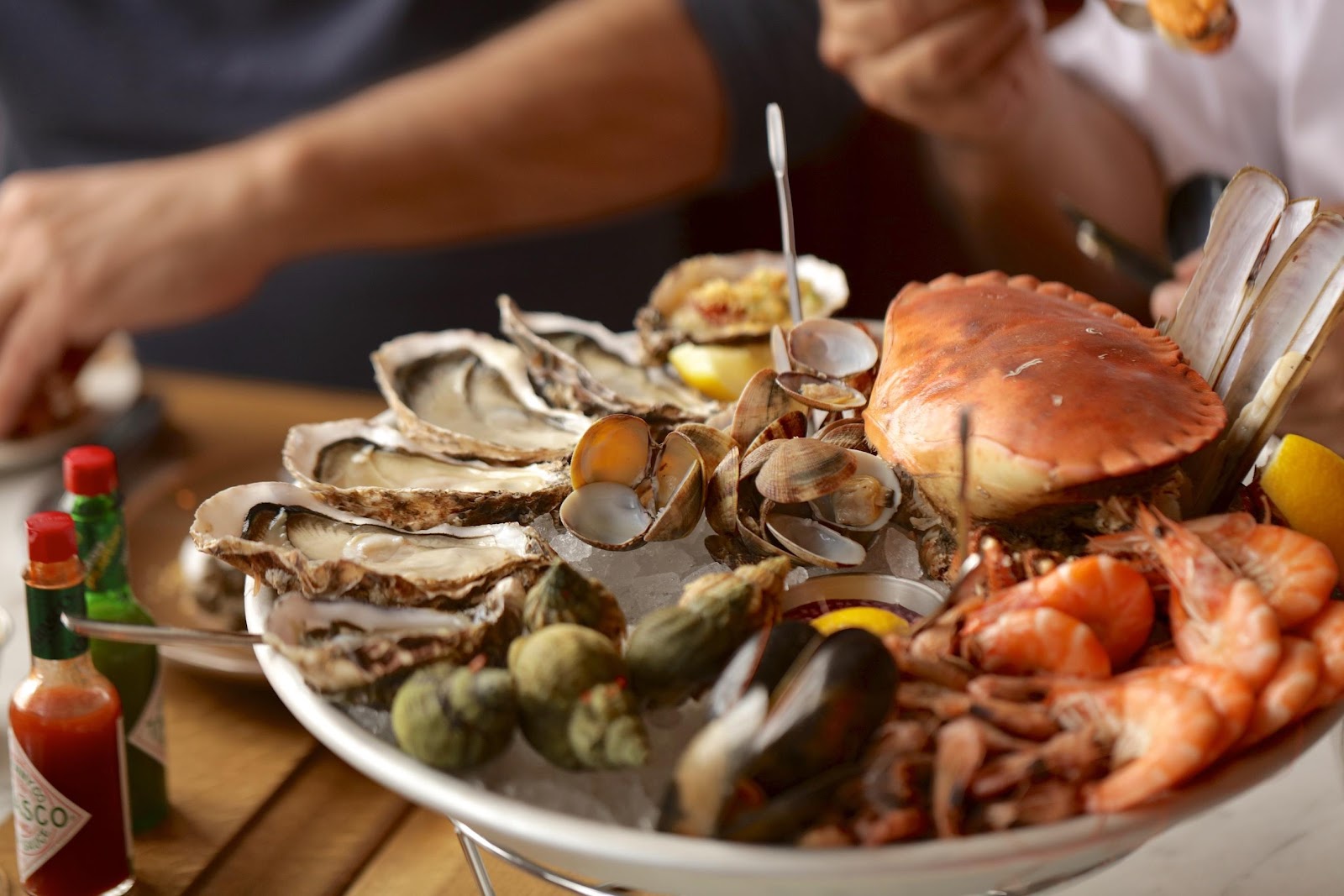 The guest chefs will be cooking up a storm on the Riverwalk at Circus West Village, the first chapter in the regeneration of Battersea Power Station – which is quickly becoming one of London’s most exciting new food and drink destinations – on both Saturday 23 and Sunday 24 June. The demonstrations are free to attend and a full timetable will be shared on the Seafood Festival website.

There will also be special seafood menus, masterclasses and ticketed dinners at the many restaurants at Circus West Village. Pop-ups will include renowned Spanish restaurant Brindisa, which will be serving a traditional seafood paella, Pedler Cru which will host a Seafood and Cocktail Bar and Battersea Brewery will be serving refreshing drinks.

There will also be many events at the restaurants of Circus West Village, including:

The selection of maritime-themed films on show over the weekend includes Jaws, Splash, Finding Nemo and Finding Dory. A special sing-along edition of “The Little Mermaid” will also feature as part of the line-up on Saturday 23 June.

Helen Carr, Leasing Director, F&B and Leisure at Battersea Power Station, said: “We are thrilled to announce this exciting line-up of guest chefs who are bringing their talents and love of seafood to Battersea Power Station for the launch of the London Seafood Festival. It’s going to be a fantastic week of delicious food, great entertainment and fun activities for all the family to enjoy. I really can’t think of anywhere better to celebrate London’s love of seafood than on the banks of the River Thames with the iconic Power Station in the backdrop.”

Chef Mitch Tonks said: “I am very passionate about seafood and it’s great to be celebrating it amid such a vibrant restaurant scene in London as part of London Seafood Festival.”

Robin Hancock, Director, Restaurant Development at Wright Brothers, said: “We are excited and proud to be part of the very first London Seafood Festival. At Wright Brothers, our aim has always been to make seafood accessible to as many people as possible – this festival is the perfect opportunity to continue with this objective. The iconic Battersea Power Station, on the banks of the Thames, could not be a more fitting location.”

The Battersea Power Station Foundation and Action Against Hunger are the charity partners for the festival and there will be activities to raise funds for them both throughout the festival. The Battersea Power Station Foundation funds projects that support local communities around Battersea and create new opportunities to make the neighbourhoods better places. Action Against Hunger is an international humanitarian organisation that takes decisive action against the causes and effects of hunger.

For more information on the London Seafood Festival at Battersea Power Station and to buy tickets go to londonseafoodfestival.com and use #LondonSeafoodFestival.