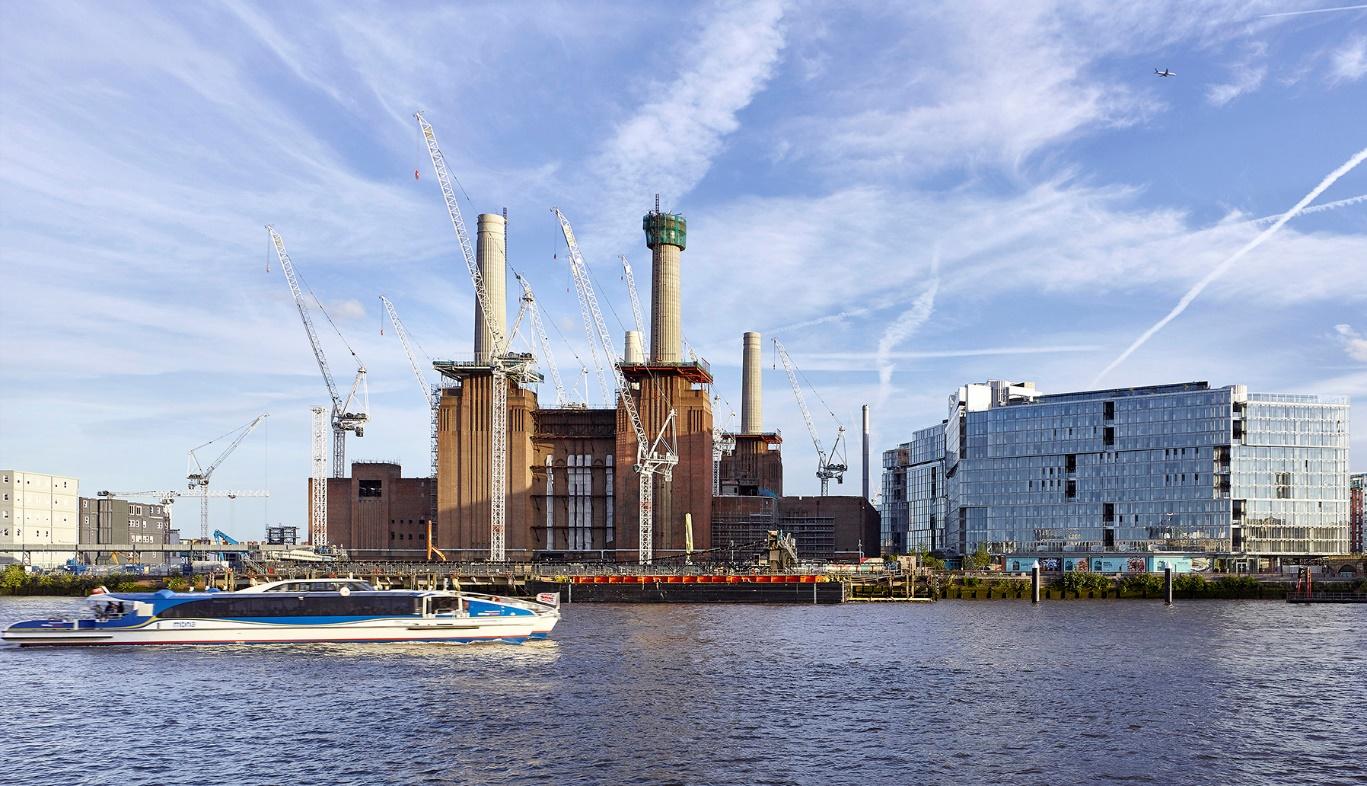 Operated by MBNA Thames Clippers, the new service will put Battersea Power Station within 15 minutes of Embankment Pier for the West End and within 20 minutes of Blackfriars. Boats will run every 20 minutes during peak commuting hours and every 30 minutes off-peak and at weekends.

The service provides an additional route for residents and workers at Battersea Power Station as well as the thousands of visitors to Circus West Village, the first phase of the regeneration to complete. Circus West Village is the home of several new restaurants, bars, cafes and a new arts and events venue. Over £1 million has been invested by Battersea Power Station to support this new River Bus service.

“The launch of the River Bus service marks a major milestone for Battersea Power Station, offering a new means of travel to local residents and connecting Battersea to the rest of London. Whether you are using the River Bus for commuting or to get to your favourite events and exhibitions at key venues along the River Thames, it is now easier than ever to get around the capital from Battersea.

“There is also something quite special about setting off on your journey down the Thames against the backdrop of the iconic Power Station – what an incredible view to enjoy as you travel along the river.”

“Battersea Power Station is the 22nd pier along our routes and the addition of this stop will support growing demand from people wishing to live, work and spend leisure time at this iconic location as the transformation takes shape. The River Bus service is going from strength to strength, with a growing number of people across the capital opting to travel by boat. Over 4 million passengers use our services every year and we expect Battersea Power Station to take travelling by river to a new level, helping prove that this is a popular destination in its own right and that it will become a must-do in London.”

The regeneration of Battersea Power Station continues to gain momentum this year with the first residents moving in at Circus West and the opening of several new restaurants, bars and cafes this summer at Circus West Village. These include The Battersea General Store, spin studio Boom Cycle, village pub No. 29 Power Station West and Italian pizza restaurant Mother from Copenhagen’s meatpacking district. Also set to open this year are seafood restaurant Wright Brothers, Italian restaurant Fiume and a new hair and beauty salon from Paul Edmonds. A new community events space, The Village Hall, opened this year as part of Battersea Power Station’s Cultural Strategy.

The Malaysian shareholders of the Battersea Power Station project are committed to giving back to the communities in which they operate.  They recognise the importance of creating shared value and this is embedded in all their undertakings to ensure that they contribute to building a harmonious and caring community.

Tickets for the River Bus can be purchased online (mbnathamesclippers.com) or at ticket machines at any pier. Oyster and contactless payment can be used to touch in and out at all piers along the route.

Follow @batterseapwrstn for the latest news and updates from Battersea Power Station.